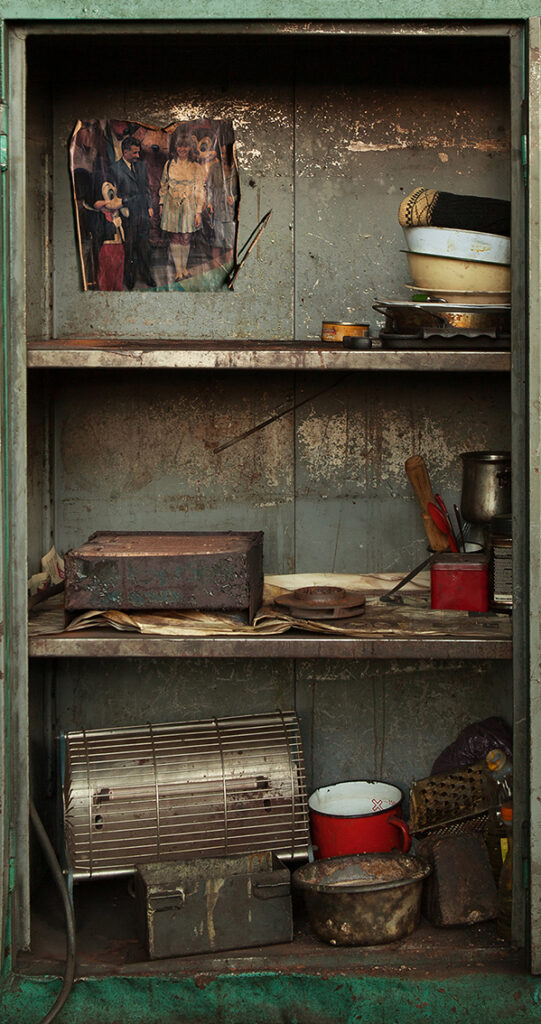 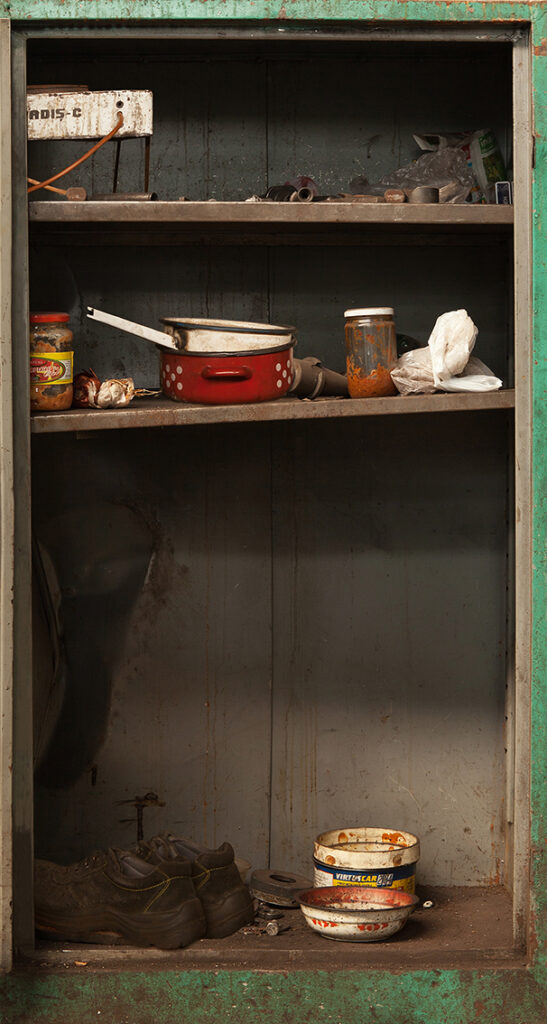 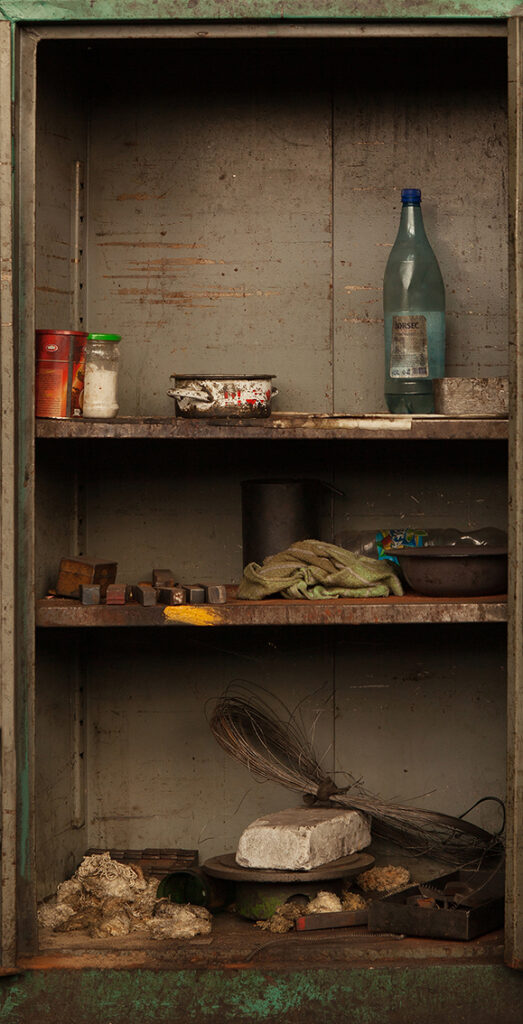 The series Personal Objects (2015) shows the contents of personal lockers in a communist-era factory where the workers store their humble belongings. The lockers were broken open as it were to exhibit their modest and functional contents of dishes, heaters and work tools. Like some x-ray image that penetrates beyond the “iron curtain,” the image exposes a generic existence and objects of indistinctive, impersonal character – except perhaps a miniature portrait of the country’s former dictator, Nicolae Ceaușescu. This is a display of poverty and dereliction, of both an emotional and physical decay. From the text “under the skin”, Sally Haftel Naveh.