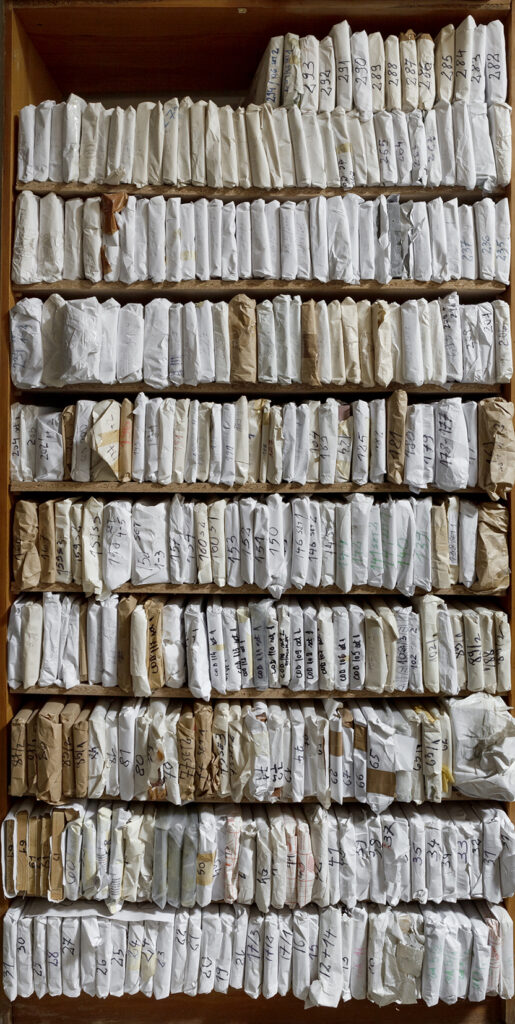 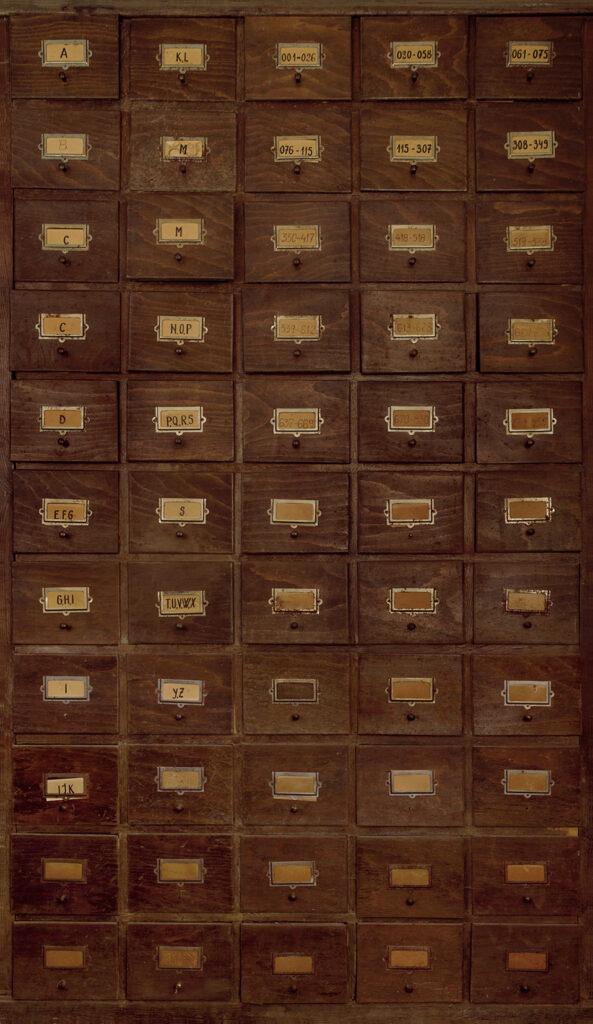 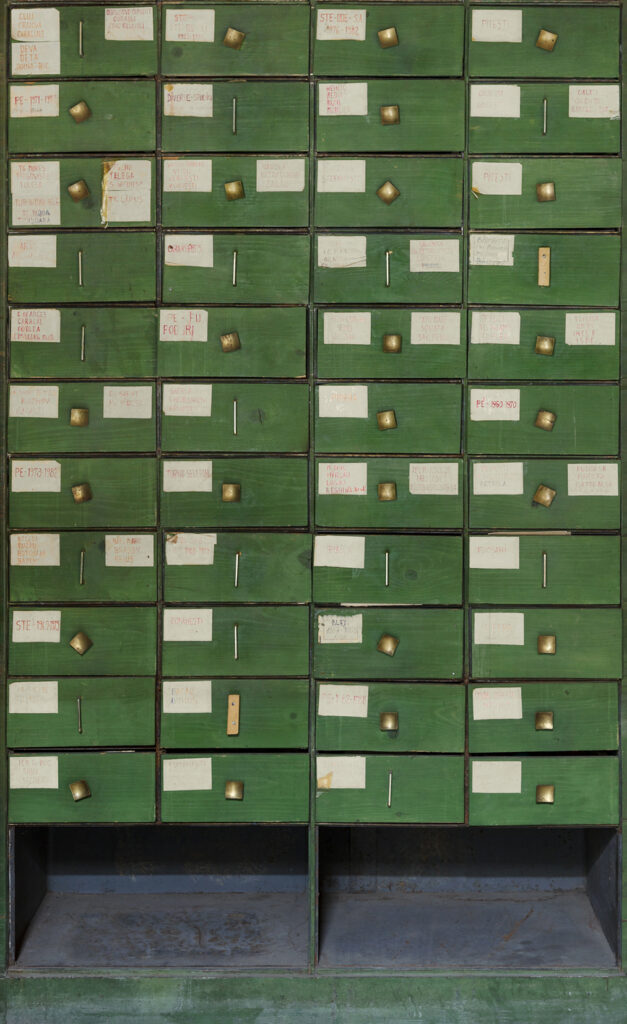 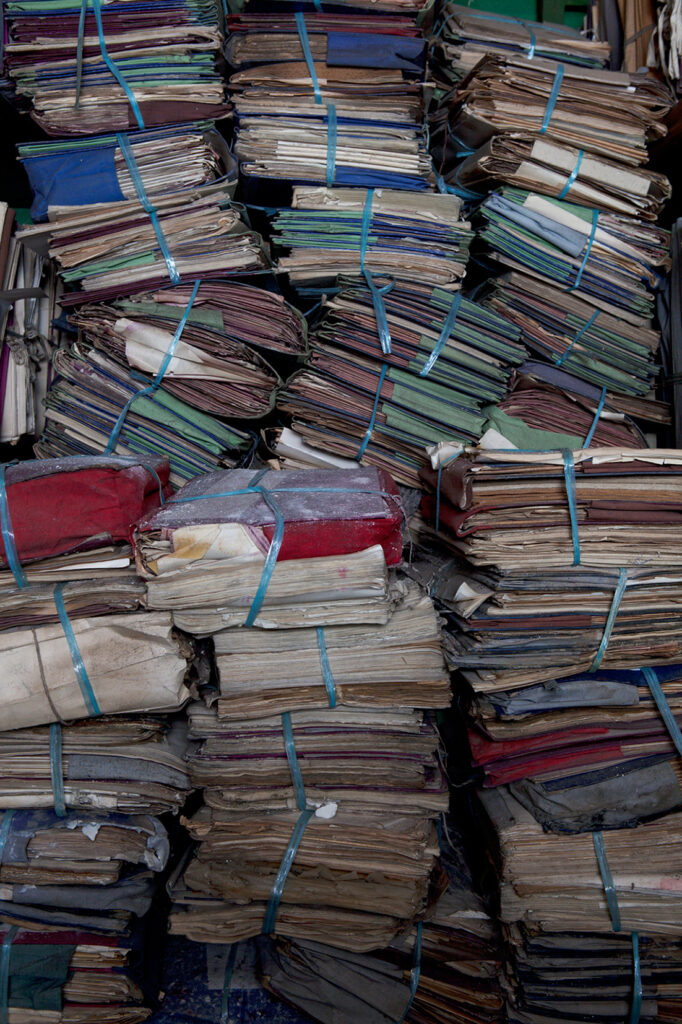 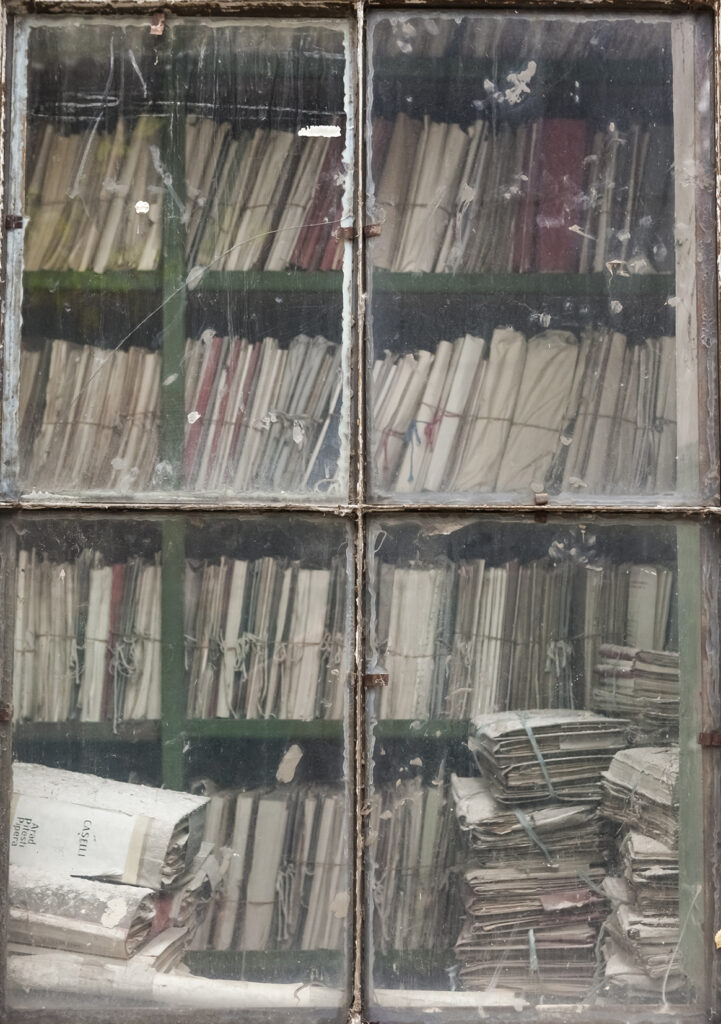 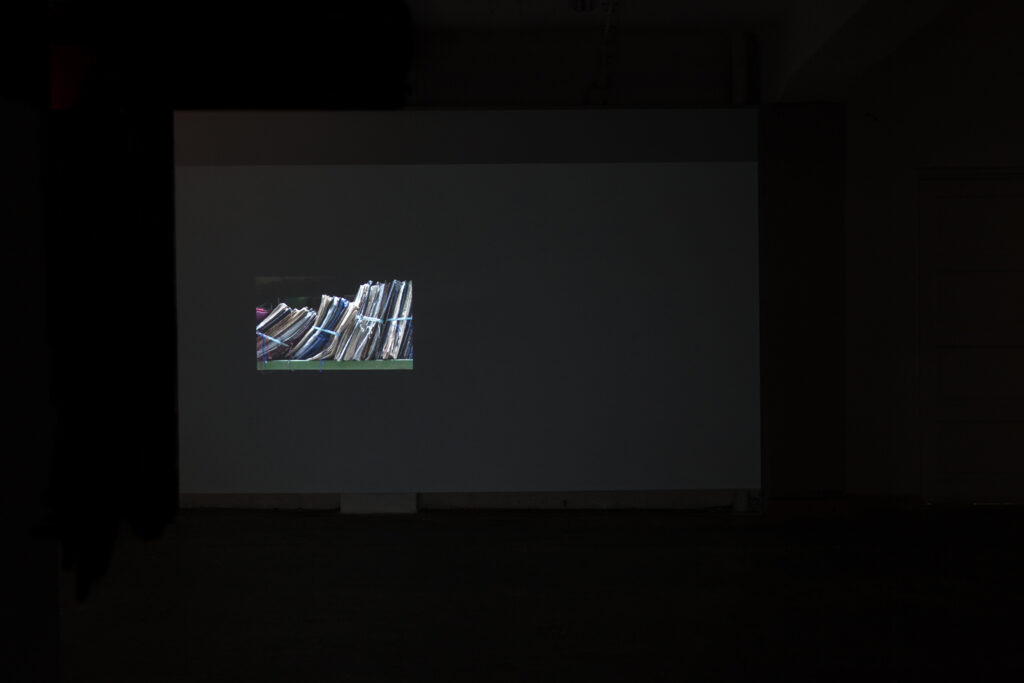 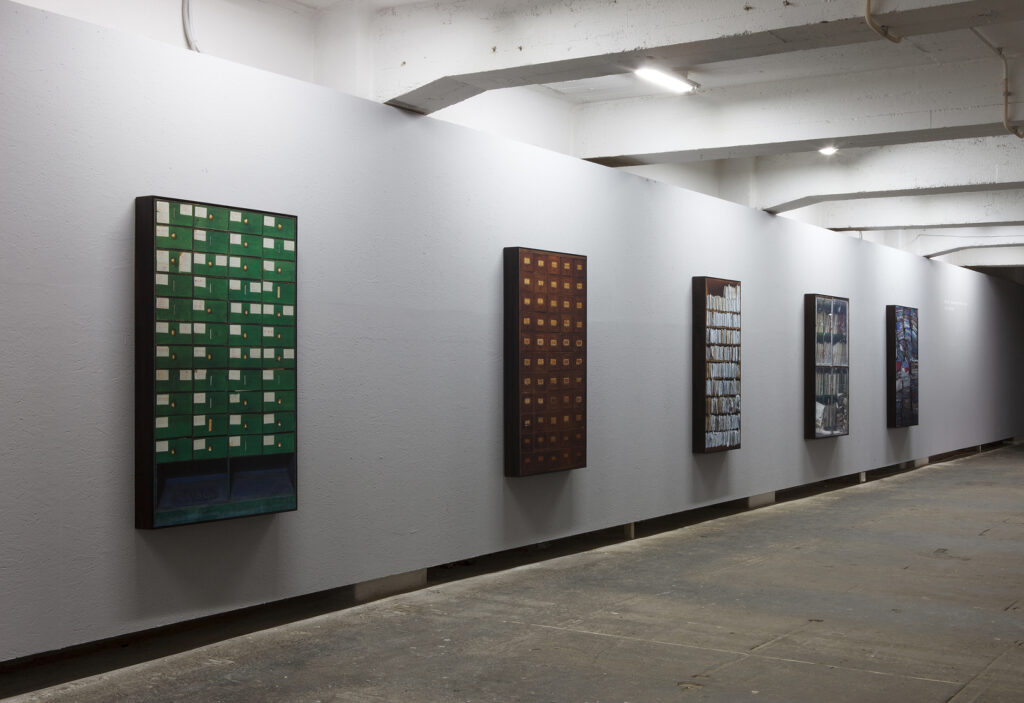 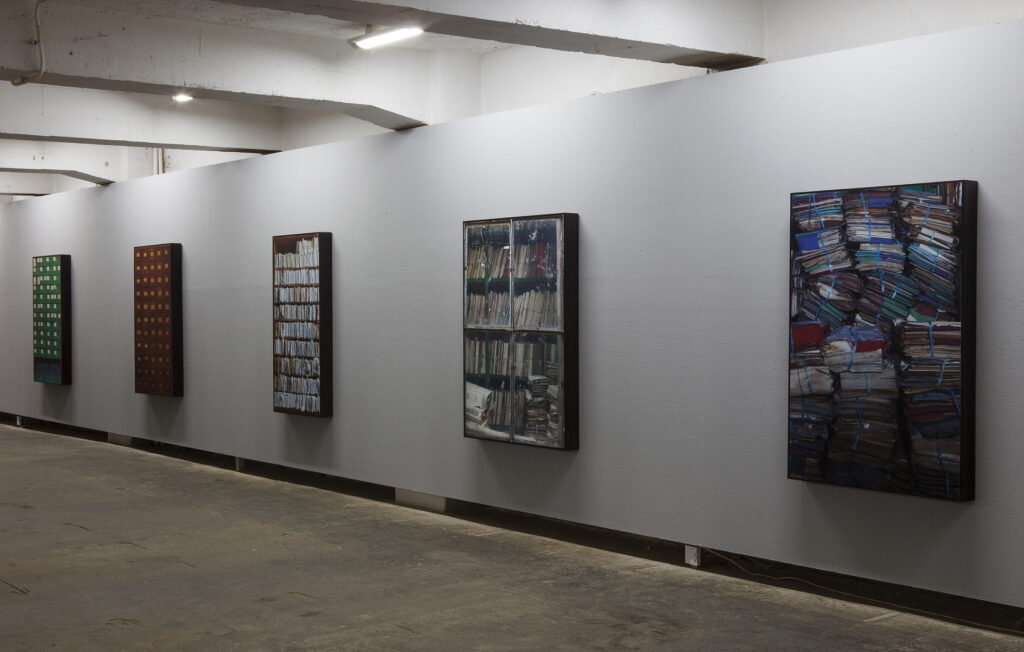 Mor’s series of photographs “Monuments of Remembrance” and “Cellars of the Soul” (2011-2012) are based on her desire to capture the nature of a disappearing world, in this case of archives in one of Romania’s national institutions. This country has undergone far-reaching changes since the fall of the communist Iron Curtain following the execution of President Nicolae Ceausescu in late December 1989, and up to its present position as a democratic state and member of the European Union. But Romania’s liberation and the opening of its geographical frontiers for the benefit of joining the global world serve only as a background for Mor’s work.

She is more interested in the places preserved as ascetic hegemonies of knowledge into which ordinary people were denied entry, and which in many respects preserve a zeitgeist whose impressions are seemingly vanishing. Her photographs impart a sense of obstruction, suffocation, and putrefaction that raises questions on their role as symbols of time and place, but also on their implicit covert strategies. What is the importance of the knowledge that over the years has piled up in these places? What is the relevance of its present use? And is the manifestation created by any entity holding coded material cloaked in confidentiality and secrecy more important than the material itself?

… At the same time the artist qualifies conversion of the remnants into sacred relics, and does not cling to the blindness of a nostalgic gaze, which is usually added to photographs documenting something that existed and has disappeared, but she formulates a position that raises essential questions on the benefits of accumulating and preserving mountains of information. Are obsessive past and present documentation and according retrospective value to every written scrap of paper indeed necessary, or are they a tool for rewriting and distorting history? Are the various archives intended for the storage of information and making it available to society in general, or for burying and concealing it while creating a hierarchy of authorized accessibility to it, as opposed to those excluded from it? Does stuffing the past into orderly drawers not abet its exclusion from the contemporary narrative being formulated? The viewers of Mor’s photographs seemingly stand before a monumental tightlipped sphinx. All the locked drawers, the bound file folders, the accumulated data and the mountains of information are austere and undecipherable. More than they expose themselves to the observer they place question marks before him, and wonderment regarding the symbolism of their present role as a historical strongbox, an echo of different times when the hidden was greater than the revealed. From the Catalogue “Remembering in order to forget”, curator: Sagi Refael